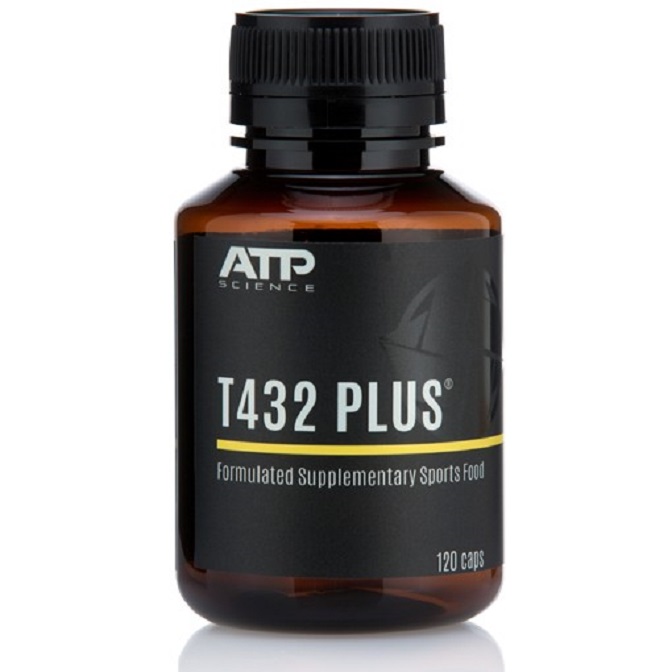 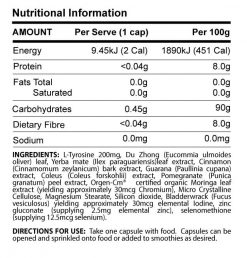 This Product Ships to Australia only.

This is classed as a fat burner with stimulants, this means it contains caffeine and neuro-stimulants to help mentally and physically boost your workout performance by increasing your focus. This fat burner will also greatly assist in helping reduce fat lost through boosting metabolism and transferring fat cells back into usable energy for the body to utilize, therefore resulting in fat loss.

Wishing to burn those extra calories and shed more weight throughout your workout and normal day? T432 provides you with everything you require to accomplish exactly that.

T432 is a unique combination of various natural foods and spices from all around the world including Ayurvedic, Traditional Chinese medicine and South American traditional medicine to increase your basal metabolic rate. It combines special ingredients that increase energy levels, enhance lipolysis (fat metabolism) and overall assist you in obtaining toned lean body mass. The thyroid hormones control the basal metabolic rate and thermogenesis where this formula supports thyroid hormone function and optimises the release of hormones. It enhances the conversion of T4 to T3 and then supports the conversion of T3 to the thermogenic form which is T2. It also achieves this by controlling insulin resistance in the tissues, increasing the hormone levels of glucagon-like peptide 1 (GLP 1) and leptin. GLP-1 and leptin increase satiety, reduces craving, preserves muscle and increase total energy expenditure to burn fat. The T432 plus contains higher levels of all the active ingredients which greater enhance insulin sensitivity and peripheral glucose disposal into muscles.

Consume four (4) capsules daily with meals with 250ml of water for a period of three (3) months to maximise results.